Today I want to give you a simple tutorial on how to create a stylized letter(s) using the Procreate Pocket app. This will also apply to the regular Procreate app as well. Let’s get started! 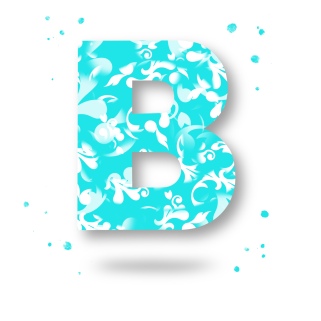 First, I created a square canvas in the Procreate Pocket app (2048×2048 pixels). Next, I saved a letter that I wanted to recreate into my photos and imported it into the full Procreate app. I then created another layer and traced along the perimeter of the letter to create an outline of the letter and filled it with black.  Color doesn’t matter yet at this point. Once I was satisfied with the letter, I saved it to my photos as a PNG and imported it to the canvas in the Procreate Pocket app. (You can also just do this whole process in the Procreate full version, but I was working on the phone version of the app.) The letter needs to have a transparent background. 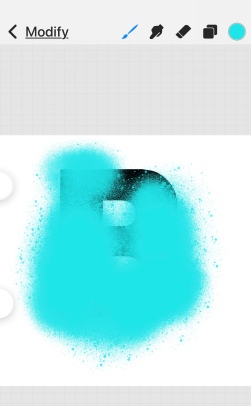 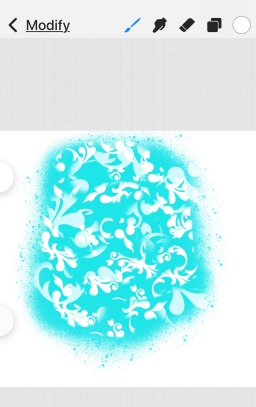 Next I created a new layer and picked the color I wanted from the color picker and painted all over the area of the letter. (I used the spray paint brush – large nozzle. The brush doesn’t matter here. You just want to fill in the letter with color. Experiment with different brushes for different texture effects!) You do not need to worry about being inside the lines at all. In fact, the color should fill the letter and be outside of the letter area as well. Next I changed the color to white and changed my brush to Texture – Victorian. These brushes all come with the app. I painted with this brush to cover the letter but did not fill completely so as to keep the victorian design. 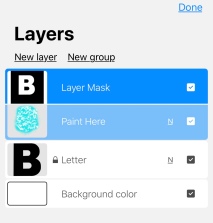 Select the black filled in letter layer and tap on the letter. This brings up a menu. Tap “select” in the menu. This selects the layer. Next tap the painted layer and tap the painted area to bring up the menu for that layer.  Tap “mask” to create a clipping mask. You can then move the letter slightly off center to reveal the black letter underneath. Duplicate the black letter layer and turn off visibility of the duplicated layer to save.

Next, select the visible black letter layer and turn down opacity and use the Gaussian Blur to give it a shadow effect. This is done in the Modify > Adjustments menu. Finally, create some interest by creating a new layer on top and choosing a paint splatter brush to accent the letter. Create a new layer and use black to create a brush stroke under the letter. Apply Gaussian Blur and lower the opacity to create a shadow under the letter to make it appear as if it is floating.

Let me know in the comments if you have tried it!